Role of FDI and The Growth of Medical Tourism

Procedures for Government Approval for FDI

Invest India outlines the procedure for applying for FDI through the government route. The first step involves filling in an online proposal for investment on the Foreign Investment Facilitation Portal at www.fifp.gov.in.

The respective government departments are required to provide their comments within 4-6 weeks of receipt of the application, and additional information/ clarifications may be asked from the applicant, which is to be provided within one week.

Proposals involving FDI exceeding INR 50 billion (approx. US$ 775 million) shall be placed before the Cabinet Committee of Economic Affairs. Once the proposal is complete in all respects, the same gets approved within 8-10 weeks.

FDI for Healthcare and Medical Devices

The Indian healthcare industry is one of the largest and rapidly growing markets in the Asia-Pacific region. Between 2008 and 2022, the healthcare market is expected to record a Compound Annual Growth Rate (CAGR) of 16.28% and the total industry size is estimated to reach US$ 372 billion by 2022. Similarly, the hospital industry in India stood at US$ 61.79 billion in 2017 and is expected to increase at a CAGR of 16-17% to reach US$ 132.84 billion by 2022.

Meanwhile, the medical devices industry in India has the potential to grow at 28% per annum to reach US$ 50 billion by 2025, and India's biotechnology industry is expected to rise at an average growth rate of around 30% a year and reach US$ 100 billion by 2025. 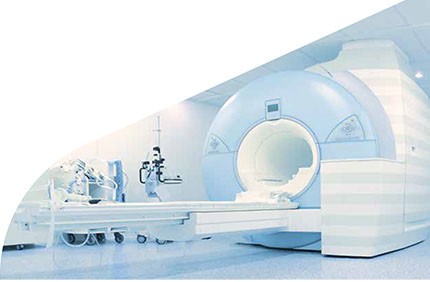 The Indian government has shown a clear inclination to increase India’s competitiveness in the global market as a healthcare hub. Currently, FDI is permitted up to 100% under the automatic route in the hospital sector and manufacture of medical devices. For the pharmaceutical industry, foreign investment is permitted up to100% in greenfield projects and up to 74% in brownfield projects under automatic route and beyond 74% in such projects requires government approval.

The liberalising of government policies allow businesses to quickly scale-up existing operations by infusing capital or engaging in time-sensitive strategic acquisitions.
Taking advantage of this lucrative opportunity, an increasing number of multinational corporations are setting up their manufacturing bases in India and foreign hospital groups are entering into joint venture partnerships and Public-Privates Partnerships (PPPs) to establish facilities in the country.

According to various studies, India would require 1.75 million beds by 2025 and over 6800, more hospitals are needed in India to provide necessary health facilities to people in rural areas. Hospitals that were previously confined to a specified area with limited infrastructure and services are now expanding, mainly due to the foreign investment being received by the sector. Private equity investors have made an investment of over US$ 3.4 billion in Indian hospitals between 2007 and 2017.

As a result, India has also witnessed the emergence of various multi-speciality, single-speciality, and super-speciality hospitals in Tier 1 and Tier 2 cities. Corporates predominantly manage these hospitals.

Foreign investors are also playing a significant role in the development of the hospital diagnostic sector. According to data released by the Department of Industrial Policy and Promotion (DIPP), hospitals and diagnostic centres attracted foreign direct investment of US$ 3,133.81 million between April 2000 and June 2015.

Whether in person or online we enable deeper learning, relationships and decisions.
Staging 12 live and online exhibitions, 110 conferences and reaching over 700,000 healthcare professionals, we are where the world of healthcare meets.