Overview of Investment Climate In India

~ ‘FDI’ means investment by a non-resident entity or a person resident outside India in the capital of an Indian company under Schedule I of Foreign Exchange Management (Transfer or Issue of Security by a Person Resident outside India) Regulations, 2000. ~
~ Reserve Bank of India ~

With India aiming to become a US$ 5 trillion economy by 2024/25, the investment climate in the country has improved considerably since the opening up of the economy in 1991. During the last decade, the Indian government has introduced a number of significant economic reforms measures to invigorate the economy.

Today, India is a part of Top 100 Club on Ease of Doing Business (EoDB) and globally ranks 77th out of 190 nations. It also ranks 1st in the greenfield FDI ranking. India received foreign direct investments worth US$ 42 billion in 2018, according to the United Nations. 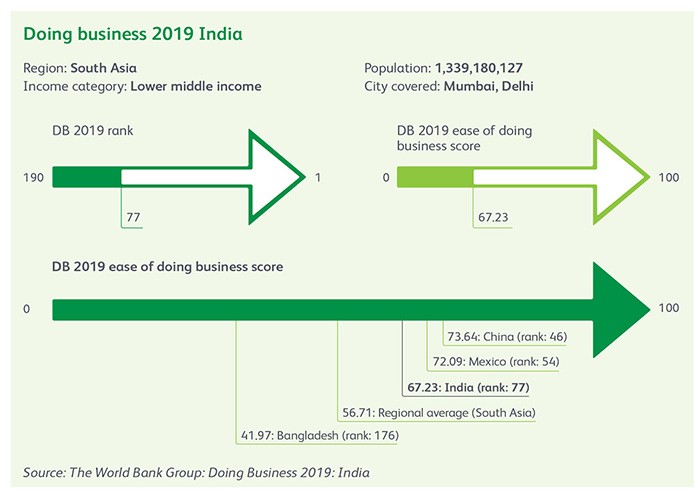 Whether in person or online we enable deeper learning, relationships and decisions.
Staging 12 live and online exhibitions, 110 conferences and reaching over 700,000 healthcare professionals, we are where the world of healthcare meets.